It had been a month since our wedding and it was finally time for us to hit the trail. We decided our first trip would be into Strathcona Provincial Park, our plan was to summit Mount Albert Edward while camping at Circlet Lake.

We left town on Friday evening and after driving to the trailhead we decided that we’d just camp right there in the parking lot so we could get started first thing in the morning. We had thought about sleeping in the car or even setting up the tent just a few steps down the path but finally settled on sleeping right in the doorway of one of the buildings next to the parking lot. Our first trip and we were camping “hobo-style”. It was totally ‘luxe! 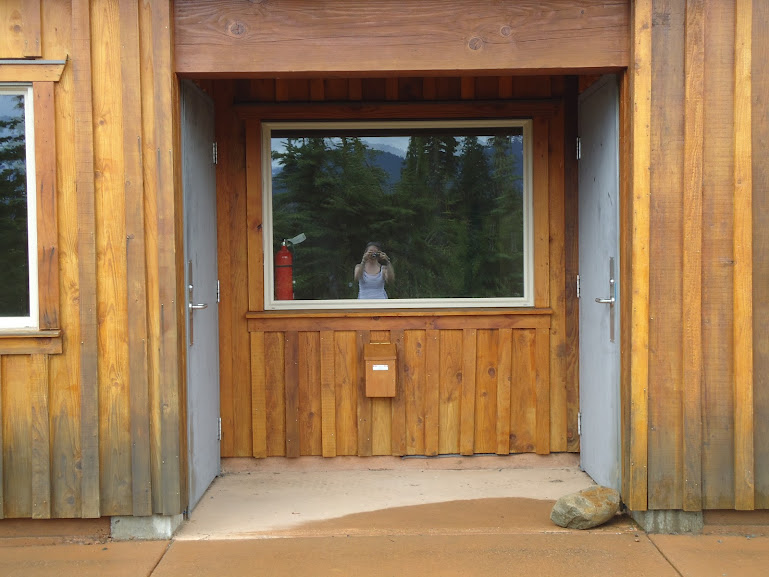 Our home for Friday night.

From the parking lot it’s 11 kms into Circlet Lake, then from Circlet Lake it’s another 6.5kms to the summit of Mount Albert Edward.

The hike up into Circlet Lake was beautiful. Sunny and warm without being too hot, though we did lose our way for a little while close to the lake as there were still patches of snow on the ground so we missed a turn in the trail at one point. Though it didn’t take us long to regain it and make it into camp. 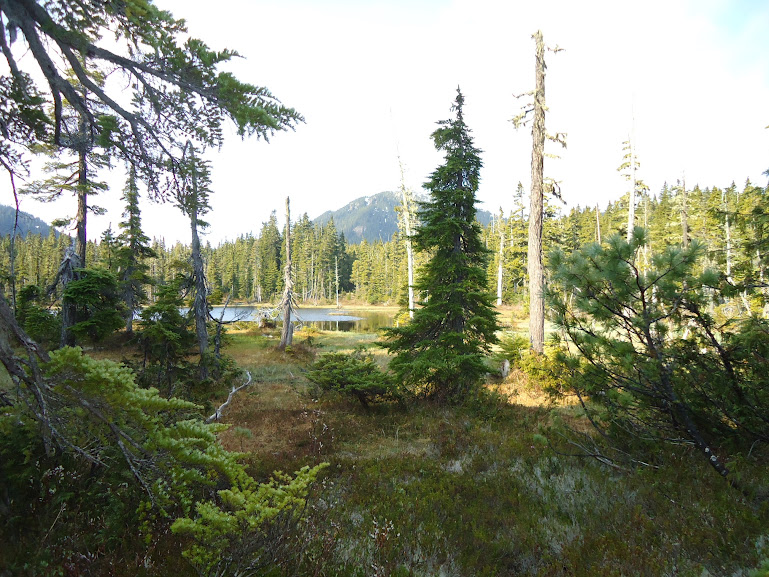 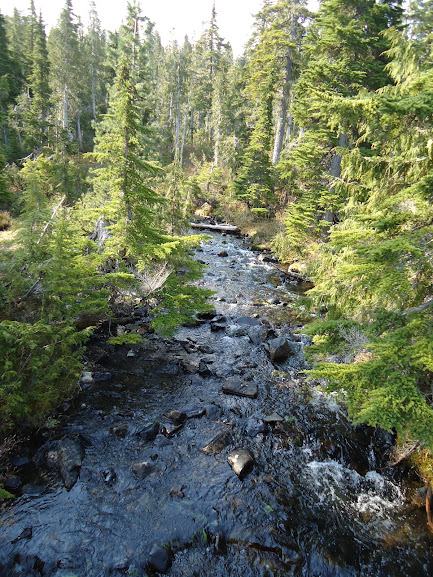 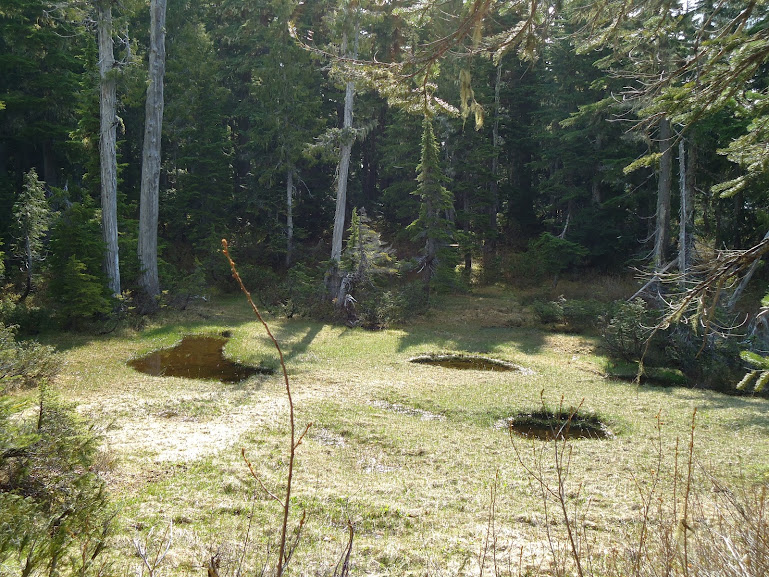 Such a happy little meadow 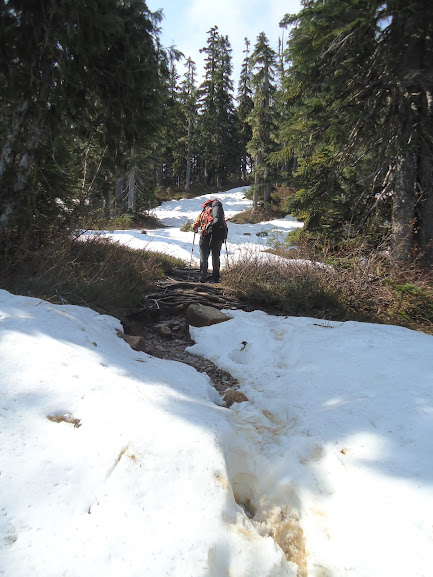 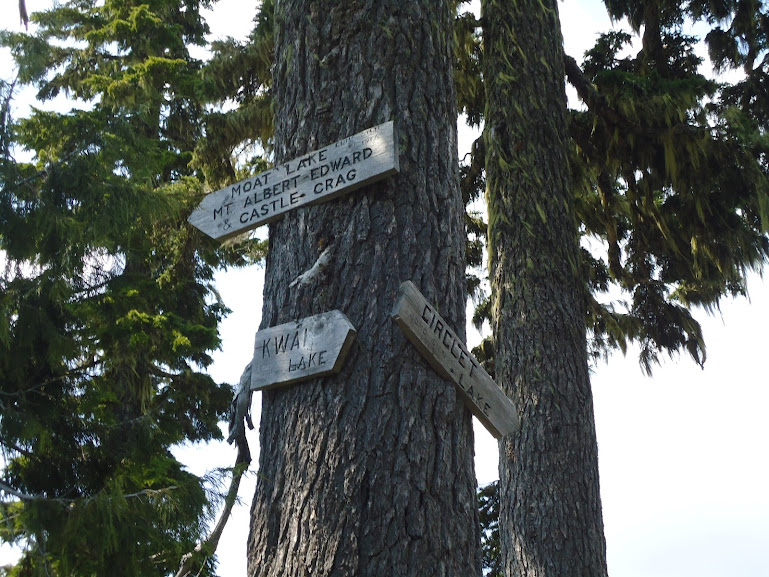 Circlet Lake is a beautiful little lake with nice views of the surrounding peaks. We quickly found ourselves a tent pad and settled in for the afternoon, to relax in the sun and enjoy a beverage or two that we brought in with us. 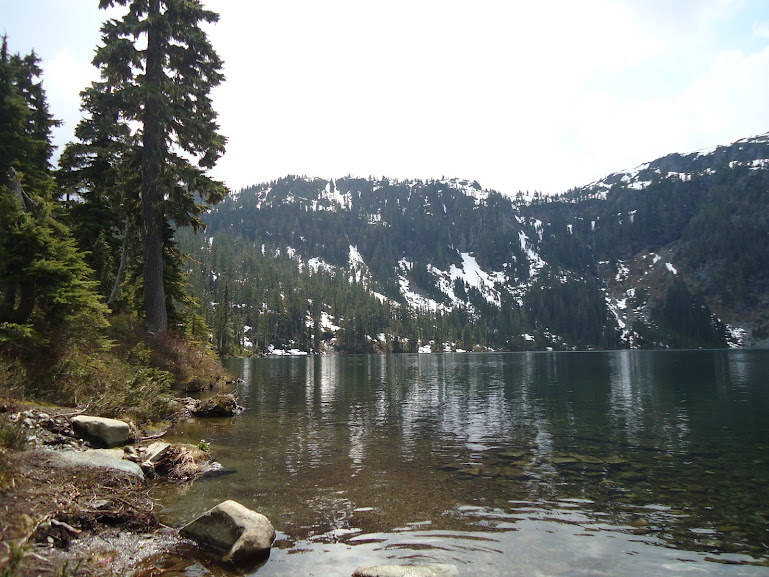 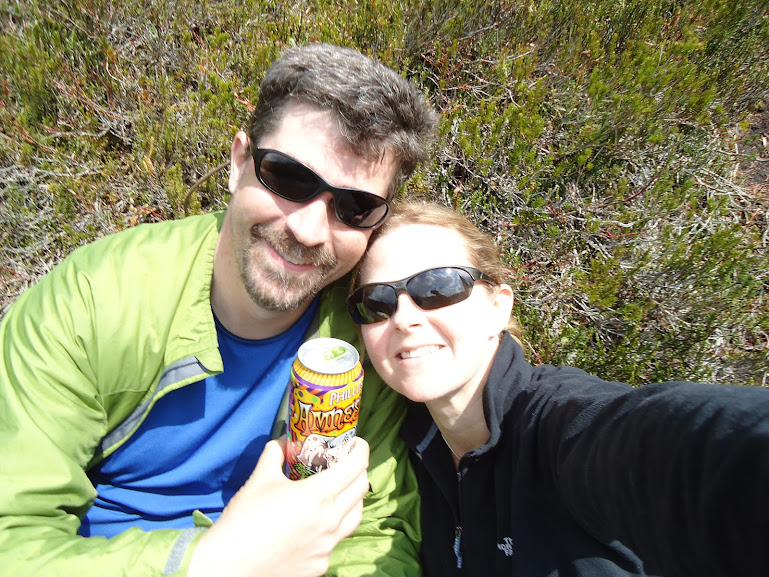 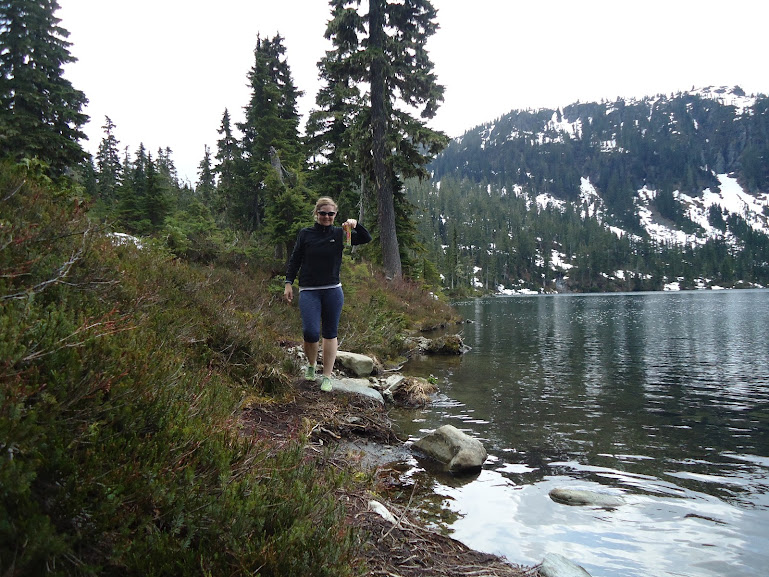 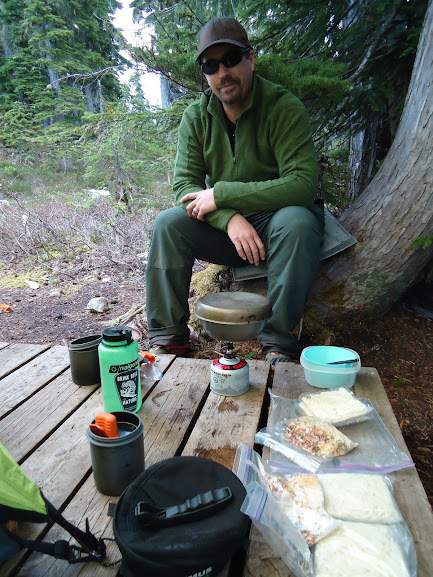 We will also be talking food on our blog!

The next morning wasn’t looking as cheery as the day before. Lots of clouds in the sky and what can only be called the scent of bad weather in the air. Still though we decided that it’d be better to wander out of camp for awhile and since Shana hadn’t summitted a mountain before we were determined to make it someplace high.

We headed around Circlet Lake and began the climb up and onto the ridge that leads to the summit. The higher we climbed, the deeper the snow became and it wasn’t long before we were postholing in as far as our hips at certain points. We did at last gain the ridge, in time to watch the ceiling drop down and the snow/rain/hail to begin.

We talked it out and like all the other hikers around us that day, we decided with the weather being as it was and since there weren’t going to be any views from the summit, to just return to camp for dry clothes, hot drinks and some more relaxing by the lake. 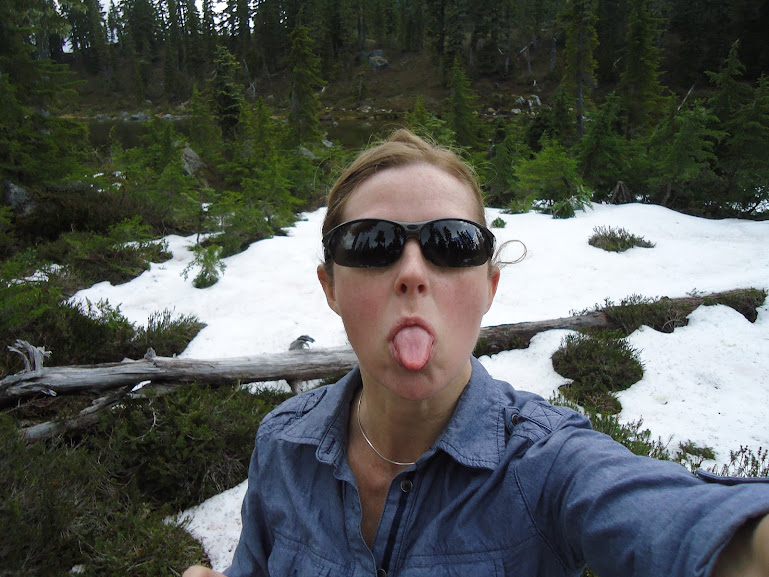 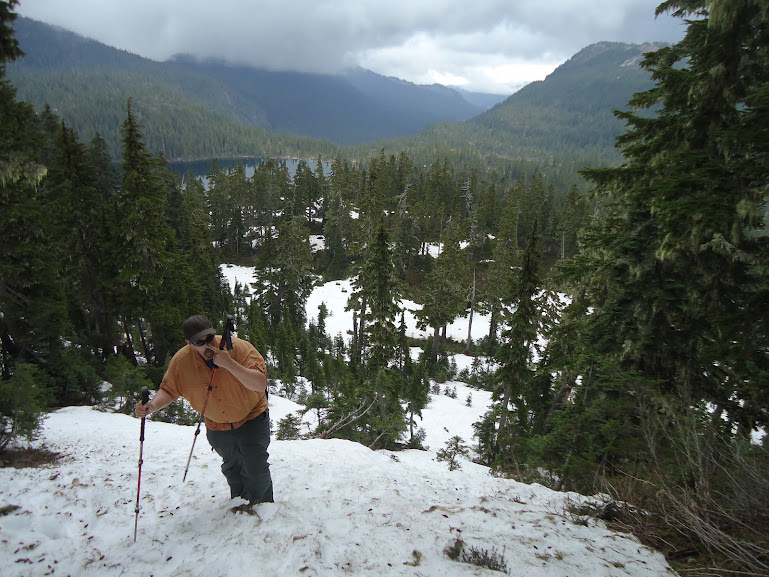 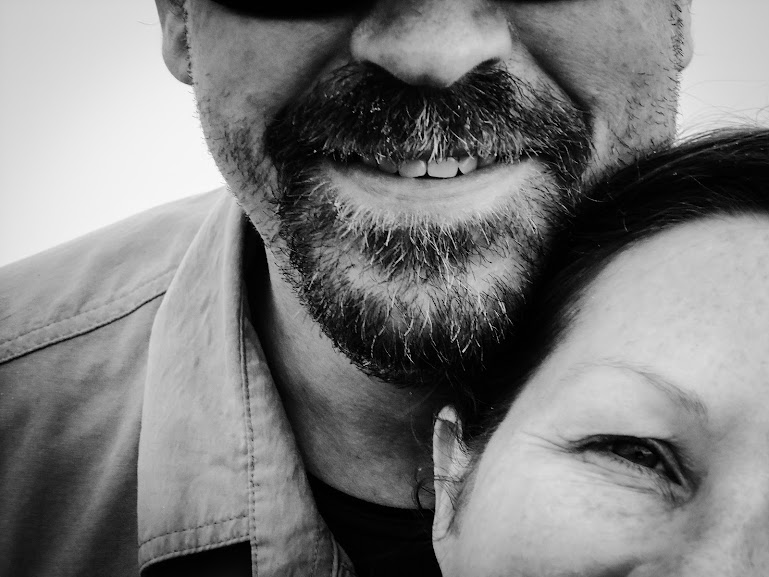 Shana doesn’t always understand how the zoom on her camera works….heh 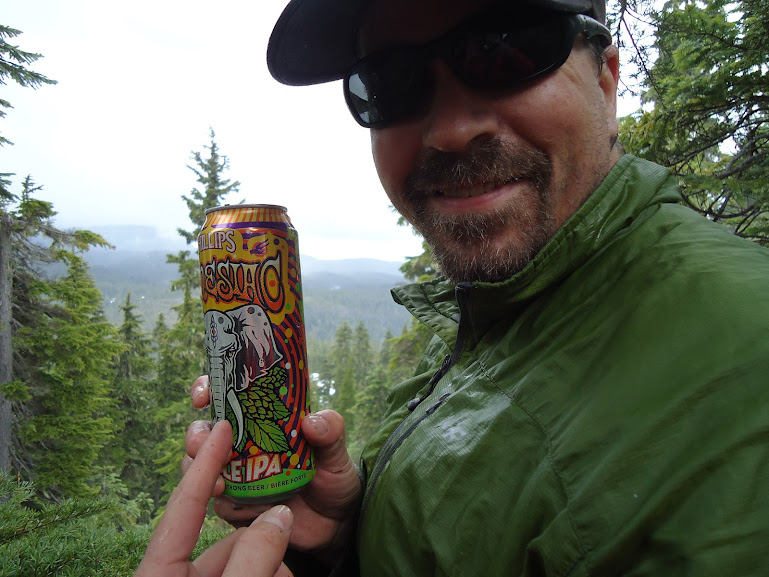 We did stop on the way down to refuel though.

The next morning we of course woke up to another beautiful day. While we hadn’t made the summit this trip we did have a fantastic time and we’re planning on returning again soon to camp at Circlet and hopefully make the summit of Mount Albert Edward this time! 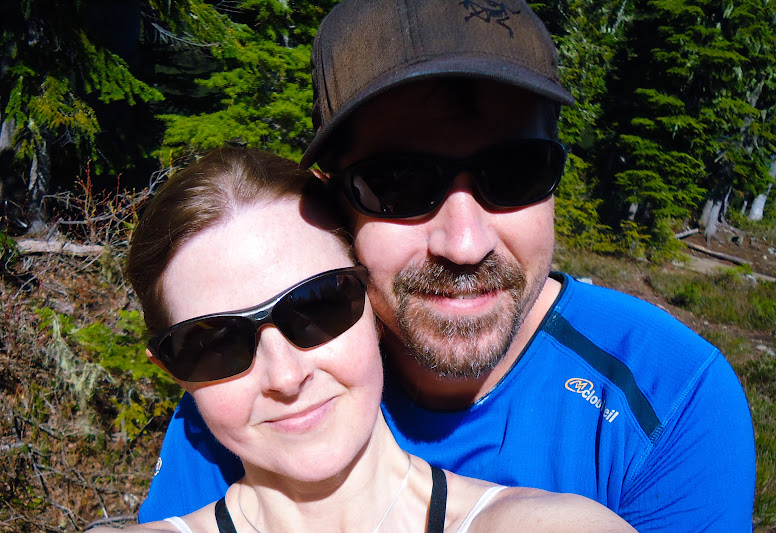 More photos from our weekend in Strathcona Park can be found here – https://goo.gl/photos/dv53zkYakSqGHDPi8

Today we realized that we hadn’t taken our canoe, WilMa (Named for William (Bill) Mason, the Godfather of Canadian paddlers), out and […]

So, you’ve done some day-hiking and you’ve even done some car camping and maybe a little walk-in camping but you’re now ready […]